Ehmej the land of an ancient King

Ehmej is located in the center of Jbeil highland, 1250 m to 1900m above sea level, 22 km away from the region’s center and 60 km from the capital Beirut.
Unspoiled forests, cliffs, and valleys, Ehmej is the perfect destination for your adventure travel all year round. Stunning views and friendly villagers make Ehmej an ideal destination for escaping the city, being only 1 hour away from Beirut and 25 minutes away from Byblos-Jbeil.
Forests constitute around 70% of its lands. It is also a refuge for flora and fauna diversity. The mountains around Ehmej are home to several rare endemic species including among others Iris sofarana.

The name of Ehmej has 2 possible origins: the first is Aramaic which means “the hidden” because it is located between various forests, the second is Syriac, and means “top of the valley”.
Ehmej was one of the first villages in Lebanon to start the work on the trails and ecotourism activities.
There are a variety of eco-activities offered in Ehmej:
• One or multi-day treks
• Camping
• Rock climbing
• Winter activities: snowshoeing, Nordic and backcountry skiing
• Alpine skiing
• Mountain biking
• Arz Ehmej Conservation Park area is a diverse and rich natural landscape protected by the Ehmej community with the support of the Lebanon Reforestation Initiative

There are 12 hiking trails that connect with the Lebanon Mountain Trail(LMT), the Baatara sinkhole and the JAJ Cedars Forest Nature Reserve. 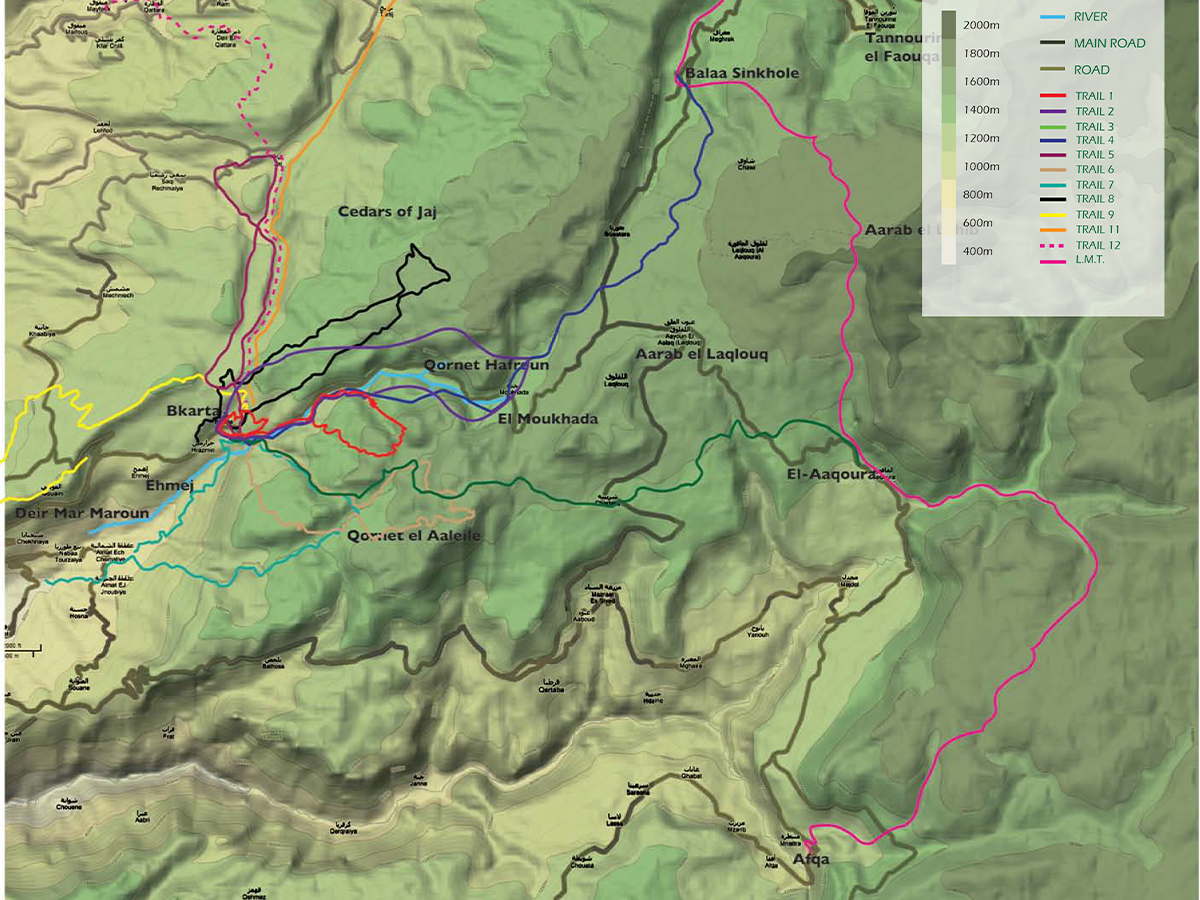 The wave of logging worsened at the beginning of the reign of the Roman Emperor Hadrian between the years (117-138 AD), threatening the disappearance of many forests in the imperial land.
Therefore, Emperor Hadrian established rules to protect the forests and prevent deforestation. He claimed these forests as an imperial domain .The protected area was marked by inscribed boundary stones. These inscription are considered the first ever nature conservation stance.

Translation: Boundary of the forests of the emperor Hadrian Augustus: Four species of trees reserved under the imperial privilege.

The Law prohibits the cutting of down Juniper, Oak, Cedar and Pine trees. The use of which is restricted to the Emperor. One of these inscriptions is what is found on a rock along the highway, and there are other similar inscriptions within the Oak Forest.
The forests that became protected, under the Hadrian’s Law, were known as the “Imperial Forests” and the Oak Forest is one of them.

Al- Azr (Oak) Forest in Ehmej is one of the oldest forests in Lebanon covering almost 8km2, and reaching the village of Almat in the lower section and the highland of Qartaba in the highest section.

The legend of Hebron (Hafroun) and Nephron (Namroud):

There are two mountains in the region: Hafroun and Namroud.
Hebron and Nephron were two half-gods from a human mother. They were born and raised on the summit of that mountain. When their mother died, their father, who was a God, flew behind the clouds.
King Hebron (Hafroun) meaning digger, the bigger brother, remained and took this mountain as a residence. He spent his entire life removing rocks, building his own home, and fighting the forces of nature- snow, floods, earthquakes, famine, wars, and invasion. Inside, he built a fortress and provided water from a 4 km spring through a canal dug in the mountains whose remains are still visible nowadays.

King Nephron, brother of Hebron was on the other mountain that was named after him. During winter time, Nephron left the mountain and left his brother and soldiers behind, because of the cold weather and the snow.
Hebron wasn’t able to establish any communication, and had no transportation means to move out of his castle. He died with the soldiers from hunger and frost. It is said that the king, moments before he died, said something that some elders are still repeating nowadays: “We did not die out of frost or hunger. We were terrified by the screams of the Junipers”.
Nephron, the younger brother, left the mountain and embarked on the path of adventure: he went to the coast and sailed away in a boat that led him to estrangement in the mazes of the world, and lost his way back. Then, Nephron forgot his brother, did not return from estrangement and no one had heard from him after.

The story of the Bear of Ehmej known as “Deb Ehmej”:

It is reported that Prince Youssef Al-Shehabi used to celebrate the day of Saint Joseph, on March 19 of each year. Residents of the villages used to go to the Prince’s Palace to express their wishes, and on the occasion, each village presented its own distinct folkloric and heritage performance. Among these performances, there were bears. Some villages presented a dancing bear, others a bear playing with swords, or even a bear walking on the muddle … 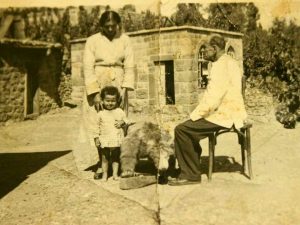 As for Ehmej, they had a bear who knows how to read!! How was that possible?
The bear of Ehmej stood behind the podium on which lies the holly book in the Maronite Church. The bear of Ehmej began turning the pages of this book with his tongue, patting them and making an intermittent sound, resting for a moment, then turning back the pages of the book one sheet after another, while humming and making repetitive sounds.
The catch?
The bear’s trainer placed between the papers, grains of raisins that the bear liked, and he was just turning the pages to search for them.
Prince Youssef was surprised and asked:
-What is this bear doing!?
The bear’s trainer answered him:
-He is reading the book, your Highness.
– What is he saying?
-The texts of this book, my lord, are in Syriac. And our bear reads Syriac …
Based on this novel, this phrase became famous: “All the bears danced except the bear of Ehmej”.
Yes, Ehmej’s bear did not dance, but he did read. It was a civilized bear. 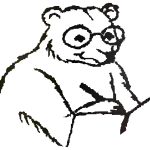 On the basis of this traditional story, religious and civil institutions in Ehmej adopted the drawing of a bear wearing glasses on his smooth nose and reading, on the head of their letters and publications circulating in the town and outside it. 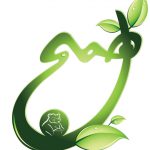 Hiking tours can be arranged with a certified local guide.