How to build a glacier and why?

What is a glacier?

Glaciers are a mass of slow-moving ice created when snow accumulation during the winter exceeds its melting during the summer. It is mainly the gradual buildup of annual layers of residual snow. 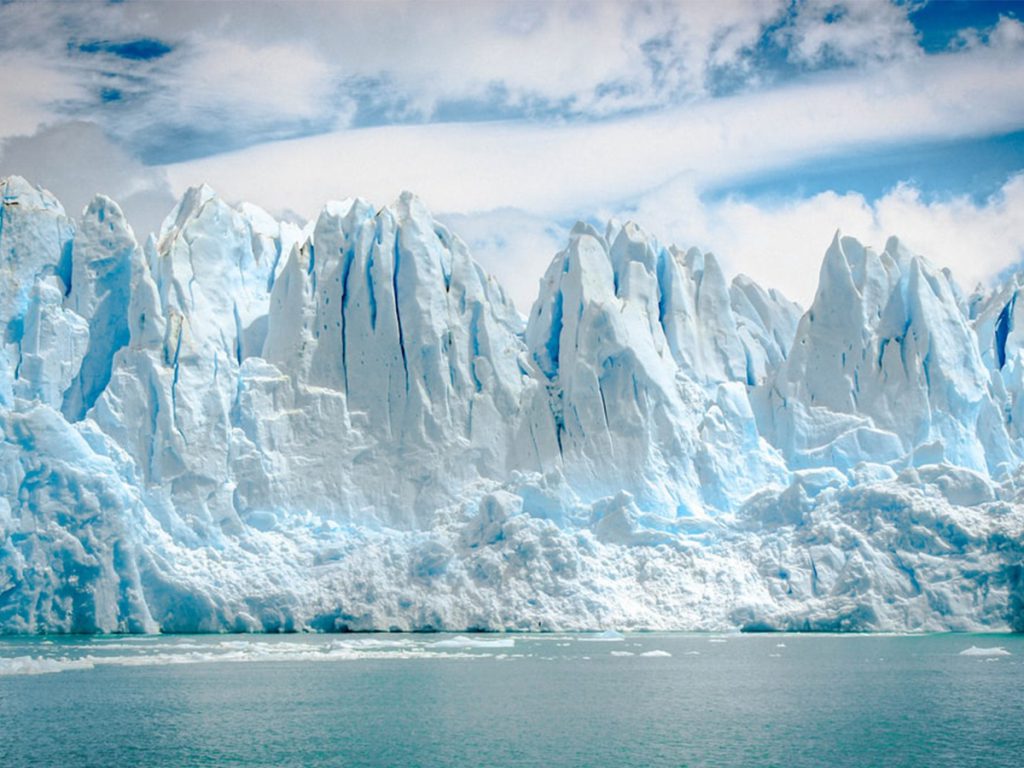 How does a natural glacier form?

Snow to ice transformation is based on a process called sintering: having a complex shape with intricate arms, snow crystals come into contact with one another on the ground, connecting their arms together, leaving pore spaces between them.

At the point of contact, the pressure is higher, thus leading to melting. The resulting water flows into the pores where lower pressure and higher freezing points cause the water to refreeze binding the crystals together.

Thus, with time and increased pressure, the interlocking snow crystals grow in size, the volume of the pores between them decreases and the overall density increases, leading to the formation of a firn (density: about 400kg/m3) and eventually a glacier (Density: about 850kg/m3).

Depending on the conditions (climate, air temperatures, precipitation…), the time for a glacier to form can range between 4 years to hundred or even thousands of years.

How to build your own glacier?

Ladakh, a high mountain-desert region bordered by the Himalayas, was suffering from retreating natural snow glacier due to global warming. This resulted in the endangerment of the villager’s crops, which they planted during the spring season, and counted on the water melting from the glaciers to irrigate their crops, knowing that the rainfall in this region averages only around 4 inches a year. As a solution, Ladakhi engineer Sonam Wangchuk, came up with the idea of building an artificial glacier (aka ice stupa), to compensate for the water melt of natural glacier that were once the source of water for the villages. The first ice stupa was created in 2013.

Because the natural glaciers were shrinking due to climate change, the idea was to collect water melting during the cold season and store it until spring, when farmers needed it the most.

The ice stupa creation doesn’t need power nor pumps, it just relies on physics: pipes are placed underground to redirect water melting from snow and glaciers at higher altitudes (around 60m or higher), downstream, next to a village, where it will spray high in the air creating a fountain. The freezing air temperatures crystallizes the water into ice that falls below forming a cone and eventually accumulating. The cone shape minimizes the surface area exposed to the sun, resulting in a slow melting process and allowing the water to last from winter until mid-May, just when water is most needed for irrigation.

A possible future glacier in Lebanon?

Over the past few years, a large accumulation of snow has been observed in Mekmel plateau, just below the summit of “Qurnat as sawda” at 3000m above sea level. The overall observation suggests that it may be a firn (The intermediate phase between snow and glacial ice). The fact that it withstands the summer season, makes it possible for new snow to accumulate, during winter, on the old snow remaining from the previous year, allowing the conversion of the lower layers into ice as it’s compressed and made denser, thus increasing the chance of sintering to happen.

However, the question remains if the climate conditions in this region, such as amount of precipitation and wind temperature fluctuation, are enough for this process to take place, and if yes, how many years will it take… will we be able to witness a glacier formation in our country in the upcoming years, or will it take hundreds and thousands of years to form? We just have to wait and see…